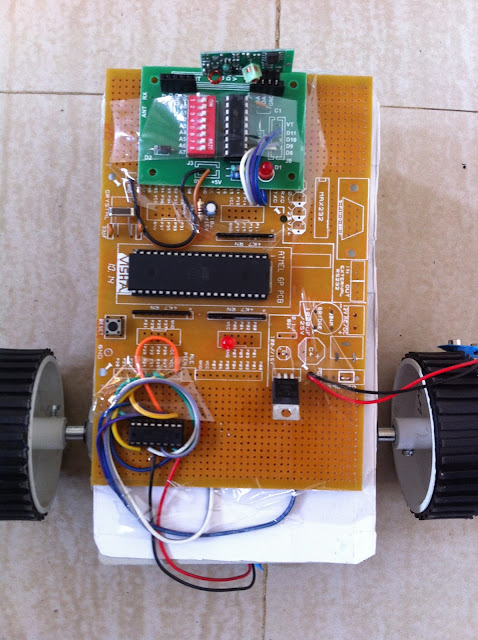 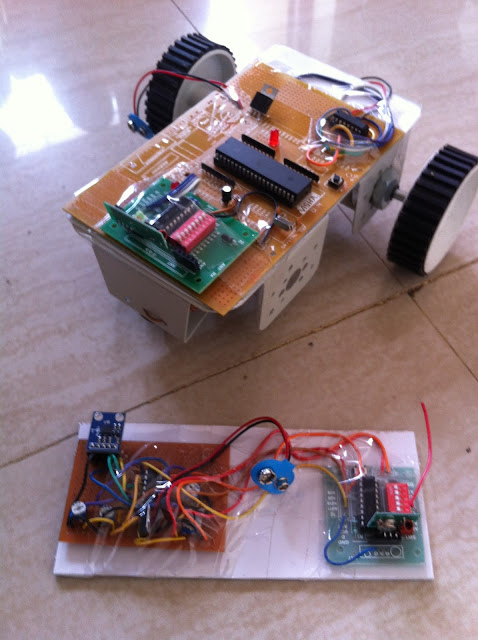 Robots are playing an important role in automation across all the sectors like construction, military, medical, manufacturing, etc. After making some basic robots like line follower robot, computer controlled robot, etc, we have developed this accelerometer based gesture controlled robot by using arduino uno. In this project we have used hand motion to drive the robot. For this purpose we have used accelerometer which works on acceleration.

A gesture controlled robot is controlled by using hand in place of any other method like buttons or joystick. Here one only needs to move hand to control the robot. A transmitting device is used in your hand which contains RF Transmitter and accelero-meter. This will transmit command to robot so that it can do the required task like moving forward, reverse, turning left, turning right and stop. All these tasks will be performed by using hand gesture.

According to the datasheet of adxl335 polysilicon surface-micromachined structure placed on top of silicon wafer. Polysilicon springs suspend the structure over the surface of the wafer and provide a resistance against acceleration forces. Deflection of the structure is measured using a differential capacitor which incorporate independent fixed plates and plates attached to the moving mass. The fixed plates are driven by 180° out-of-phase square waves. Acceleration deflects the moving mass and unbalances the differential capacitor resulting in a sensor output whose amplitude is proportional to acceleration. Phase-sensitive demodulation techniques are then used to determine the magnitude and direction of the acceleration. 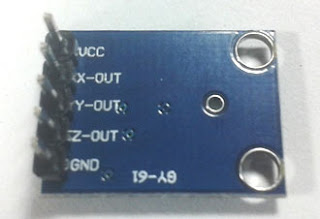 In transmitter part an accelerometer and a RF transmitter unit is used. As we have already discussed that accelerometer gives an analog output so here we need to convert this analog data in to digital. For this purpose we have used 4 channel comparator circuit in place of any ADC. By setting reference voltage we gets a digital signal and then apply this signal to HT12E encoder to encode data or converting it into serial form and then send this data by using RF transmitter into the environment.

At the receiver end we have used RF receiver to receive data and then applied to HT12D decoder. This decoder IC converts received serial data to parallel and then read by using 8051. According to received data we drive robot by using two DC motor in forward, reverse, left, right and stop direction. 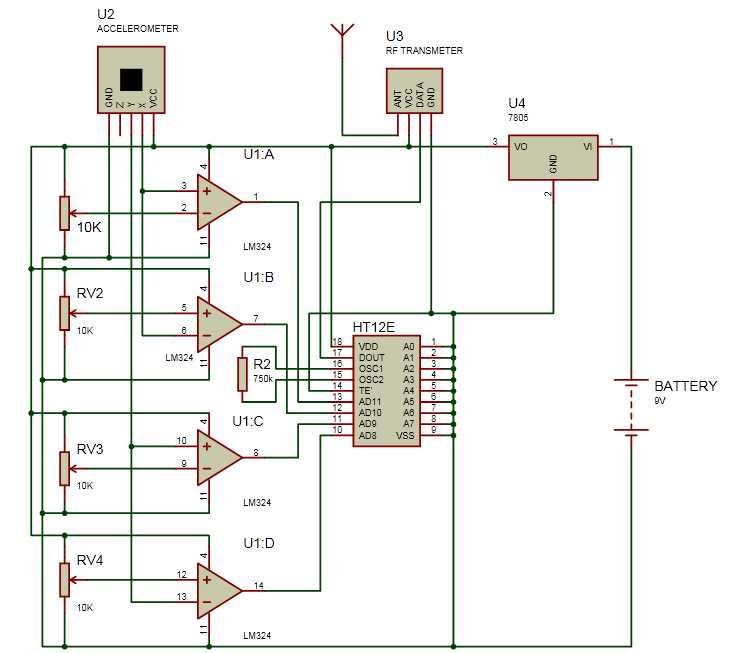 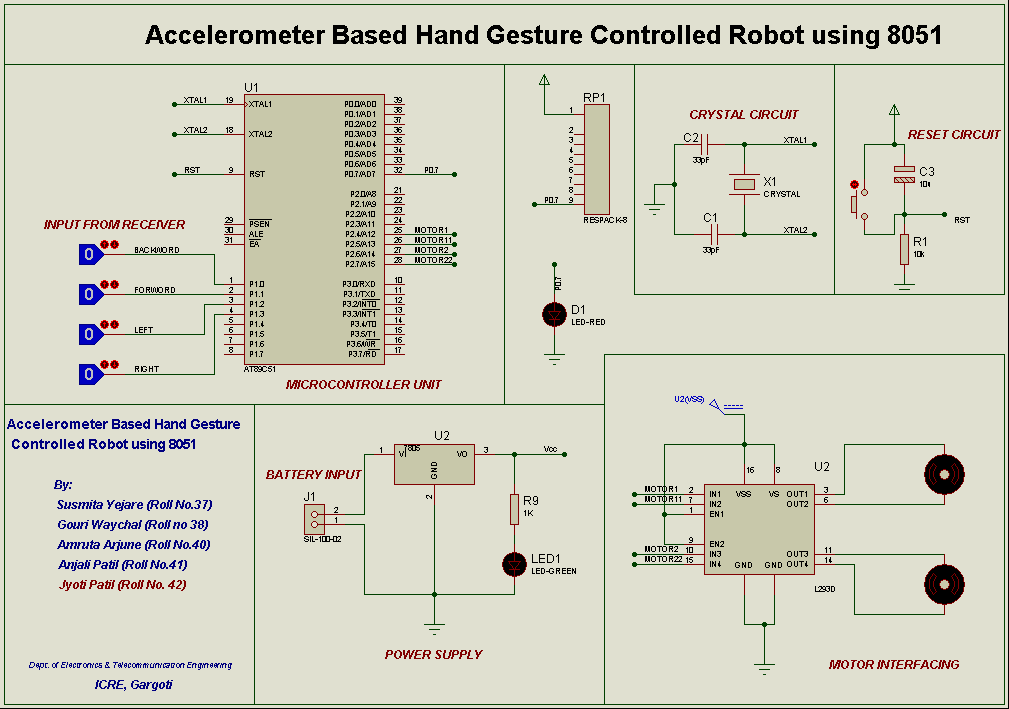 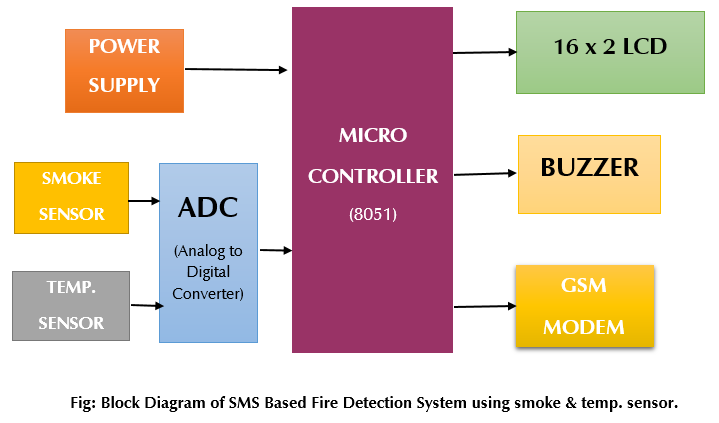 
ADC:
ADC is used to convert analog signal into digital form. In our project we use ADC0808. ADC receive signal from temp sensor & smoke sensor & convert it into digital form & this digital signal sends to the microcontroller.

Microcontroller:
Microcontroller is the main control unit of project. Once microcontroller gets signal from sensors (via ADC), if fire is detected then it will immediately turn on the buzzer & send the signal to the GSM modem.

GSM modem:
In project we used GSM modem for message sending.
When microcontroller detects fire then it sends information to the GSM modem, then GSM modem sends this information via SMS. GSM modem is used to send the message to the fire stations well as to the responsible person.

16x2 LCD:
Display is used to display the system status.
Buzzer:
Buzzer is used for notification regarding fire detection.


If fire is detecting, then microcontroller sends signal to the buzzer.
Posted by Unknown at 12:40 AM